About the history of the building the following has been documented:

In the year 1753 the duchy of Braunschweig has introduced the first fire-insurance and at that time every house was registered with an "ass-nummer" (insurance number). The numbers have remained valid throughout the centuries and even until recently the building "Lange Straße 31" had been registered under the Ass-Numer 32. The insurance list of the year 1753 mentioned regarding Ass.32 as follows: Lorenz Kyling, residence, 2 floors, with barn, stable, blacksmith and storage room. Value: 200 "Reichstaler" (representing an amount of appr. € 300).

So back in the year 1753 there already was a building on this piece of land, although it may have had a completely different appearance than it has today. Also when it was renovated or extended and even after a fire, a demolition or a new development, the number 32 was kept maintained.

In the year 1866 the building actually suffered a considerable damage when the adjacent building Ass.33 (nowadays the address of Lange Straße 33) completely burnt down. This fire also caused damage to the Lange Straße 31, because in the year 1867 in the official files a "new stable" and "new residence" have been documented. Unfortunately, it is unknown how much of the old/original building was remained. It may have been only the basement or the foundations, but it may also have been the complete ground-floor...

About Lorenz Kyling, the owner in the year 1753, the files do document more specificly:

There does exist a list dated 1739 that has registered all inhabitants of Hohegeiß with their belongings. It does explain: in the year 1715 Lorenz Kyling has expanded with a blacksmith-shop, …., does also serve beer, … owns a horse that he uses for picking up beer and for distributing ironware …  owns a considerable capital.

So according to the official documents the building has been rebuilt in 1715 (for which in those days there was in general only referred to an "extension"). In Hohegeiß only for a very small number of buildings this can be traced as detailed as for Lange Straße 31. And, thus, about the owner we know that he was not only a blacksmith but also a wagoner, that he posessed quite some capital and that he - however only as an additional job - he served beer.

Of this "beer trade" we also find some proof back in the ecclesiastical invoices. Back in those days, of each barril sold restaurants had to pay a certain amount to the church. This was a part of the fix-income of the vicar. Until the year 1715 income was only generated by the “Unterschenke” (the "Lower Pub" which is now Müllers Hotel) and the “Oberschenke” (the Upper-Pub" that used to be the Goldener Löwe). In the year 1715/16 there have been registered for the first time income that was generated by the “Mittelschenke” (the "Middle-Pub").

That is why this in 1715 built house has been exploited straight from the beginning as a pub and has given the village of Hohegeiß from that year on 3 pubs/restaurants known as the Upper, the Middle and the Lower-Pub.

So, the building has known a long history of more than 300 years. Over the last 40 years the Hotel has been exploited by the Woltering family who has made the place known and loved not only in the village itself but also outside its borders. Many regular customers do visit the restaurant with its good and reliable German menu regularly, but also non-residents and tourist do return.

In the year 2018 we have bought the building and we have taken over the business. We are proud to proceed with “Hotel Silbertanne” and to keep it alive so that not only the hotel/restaurant itself, but also the village of Hohegeiß will remain visited... 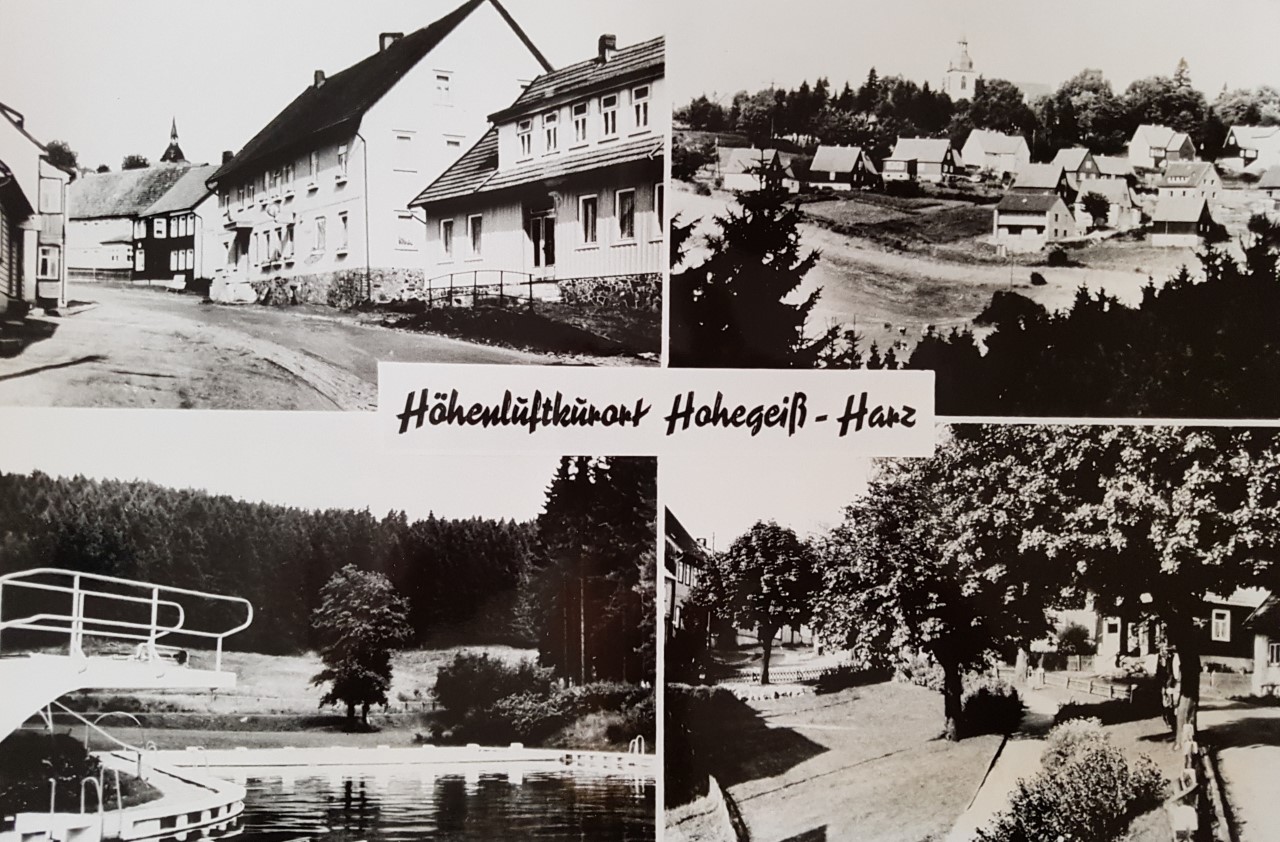